Stay current with ongoing updates within our agent network and the insurance industry.
Visit Our Blog »
What Partners Say

Check out the feedback from our loyal member partners!
Testimonials »
Become a Member

Fill out a quick application and, upon review, we'll contact you with further information.
Member Registration »
Questions/Comments

Have something to share with us? We value your input
Comments » 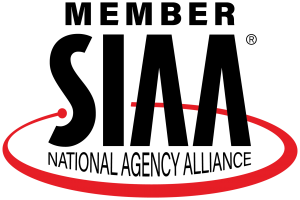 North Florida Agents Network's mission is to establish a network of independent insurance agencies in North Florida owned in partnership with entrepreneurial spirited individuals. NFAN was formed by Vaughn Insurance Agency, Inc. working directly with its strategic partner, Strategic Independent Agents Alliance (SIAA).
We offer independent agents the ability to remain independent, gain new markets, generate additional income and receive profit sharing without having to sell, merge or cluster. Additionally, NFAN provides direct "mentorship" for agencies in all areas of agency development.
SIAA
The SIAA concept originated in New England with SAN Group in 1983 in response to changes in the independent agency system. Strategic Independent Agents Alliance (SIAA) is an international alliance dedicated to helping smaller independent property/casualty agencies grow while increasing their income and value. Additionally, SIAA provides a proven solution for direct writers, captive agents and producers to establish independent agencies from scratch. SIAA also provides a means for life/health agencies and financial service agencies to account round residual property/casualty products to their existing agency clients thereby increasing profitabilty. North Florida Agents Network is the exclusive SIAA Strategic Master Agency covering our territory of Pensacola to Jacksonville down to Ocala (with some exceptions contact us for details).
SIAA Has Grown to Over $6 BILLION in premium nationally

There is no specific member profile and we have members of various sizes:

NFAN is a Strategic Master Agency serving Independent Agencies throughout Florida (territory details above).  NFAN is one of 50 Strategic Master Agencies across the United States where the NFAN/SIAA model has exploded in popularity with now over 6,000 Members throughout 48 states and Canada.
The concept leading to the establishment of SIAA was originally developed in 1983 in the New Hampshire area. The original "Agent's Network", called SAN, was built by an agency owner, Jim Masiello.

As a result of the tremendous success of the original network, SIAA was created in 1997 to replicate this "success story" in other states utilizing successful agents in each state to serve as "Master Agencies".